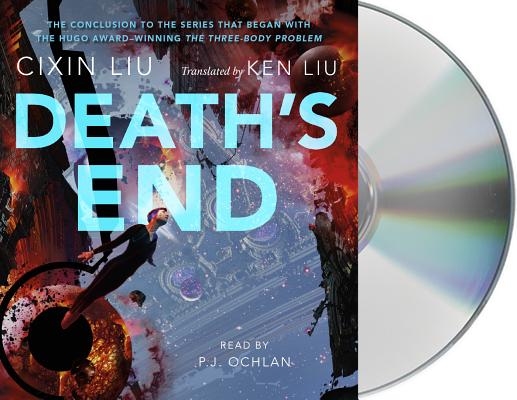 This is book number 3 in the The Three-Body Problem Series series.

An exquisite finale to the best sci-fi trilogy of our time: Liu's exacting command of the technical nature of dimensionality delivers a compelling and unrelating argument for both the character of a multiverse and the smallness of humanity in the face of time and space. Fans of hard science fiction should bump the whole trilogy to the top of their TBR pile for 2017: in a year sure to be complicated by fraught politics and shifting conceptions of unifying ideals, Liu reminds us all of our relative (in)significance and our primary responsibility to protect the Earth.

With The Three-Body Problem, English-speaking listeners got their first chance to experience the multiple-award-winning and bestselling Three-Body Trilogy by China's most beloved science fiction author, Cixin Liu.Three-Body was released to great acclaim including coverage in The New York Times and The Wall Street Journal. It was also named a finalist for the Nebula Award, making it the first translated novel to be nominated for a major SF award since Italo Calvino's Invisible Cities in 1976.

Now this epic trilogy concludes with Death's End. Half a century after the Doomsday Battle, the uneasy balance of Dark Forest Deterrence keeps the Trisolaran invaders at bay. Earth enjoys unprecedented prosperity due to the infusion of Trisolaran knowledge. With human science advancing daily and the Trisolarans adopting Earth culture, it seems that the two civilizations will soon be able to co-exist peacefully as equals without the terrible threat of mutually assured annihilation. But the peace has also made humanity complacent.

Cheng Xin, an aerospace engineer from the early 21st century, awakens from hibernation in this new age. She brings with her knowledge of a long-forgotten program dating from the beginning of the Trisolar Crisis, and her very presence may upset the delicate balance between two worlds. Will humanity reach for the stars or die in its cradle?

Ken Liu is an award-winning author of speculative fiction. His books include the Dandelion Dynasty series (The Grace of Kings), The Paper Menagerie and Other Stories, The Hidden Girl and Other Stories, and the Star Wars tie-in novel, The Legends of Luke Skywalker. He frequently speaks at conferences and universities on topics like futurism, cryptocurrency, the mathematics of origami, and more. He lives near Boston with his family.