One Man Against the World: The Tragedy of Richard Nixon (CD-Audio) 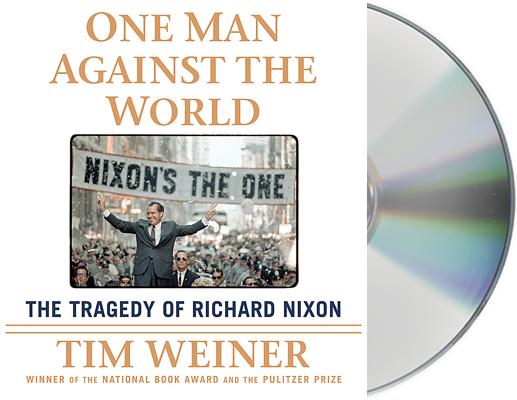 By Tim Weiner, Holter Graham (Read by)
Call or email to see if a used copy is available.
Out of Print

A shocking and riveting look at one of the most dramatic and disastrous presidencies in US history, from Pulitzer Prize and National Book Award winner Tim Weiner

Tim Weiner is the author of five books. Legacy of Ashes, his history of the CIA, won the National Book Award. His journalism on secret government programs received the Pulitzer Prize for national reporting. As a correspondent for The New York Times, he covered war and terrorism in Afghanistan, Pakistan, the Sudan, and other nations. He directs the Carey Institute's nonfiction residency program in upstate New York and teaches as an Anschutz Distinguished Fellow in American Studies at Princeton.

His film credits include Fly Away Home, Maximum Overdrive, Hairspray, and The Diversion, a short film which he acted in and produced. On television, he has appeared in Army Wives, Damages, As The World Turns, Rescue Me, Law & Order and New York Undercover. He received a B.A. from Skidmore College and an M.F.A. from Vermont College.