Jeeves and the Wedding Bells: An Homage to P.G. Wodehouse (CD-Audio) 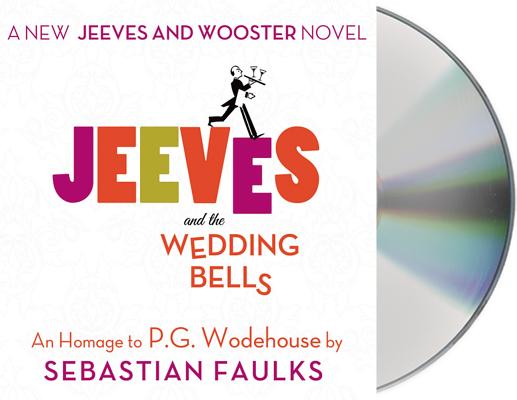 By Sebastian Faulks, Julian Rhind-Tutt (Read by)
Call or email to see if a used copy is available.
Out of Print

Bertie Wooster (a young man about town) and his butler Jeeves (the very model of the modern manservant)—return in their first new novel in nearly forty years: Jeeves and the Wedding Bells by Sebastian Faulks.

P.G. Wodehouse documented the lives of the inimitable Jeeves and Wooster for nearly sixty years, from their first appearance in 1915 ("Extricating Young Gussie") to his final completed novel (Aunts Aren't Gentlemen) in 1974. These two were the finest creations of a novelist widely proclaimed to be the finest comic English writer by critics and fans alike.

Now, forty years later, Bertie and Jeeves return in a hilarious affair of mix-ups and mishaps. With the approval of the Wodehouse estate, acclaimed novelist Sebastian Faulks brings these two back to life for their legion of fans. Bertie, nursing a bit of heartbreak over the recent engagement of one Georgina Meadowes to someone not named Wooster, agrees to "help" his old friend Peregrine "Woody" Beeching, whose own romance is foundering. That this means an outing to Dorset, away from an impending visit from Aunt Agatha, is merely an extra benefit. Almost immediately, things go awry and the simple plan quickly becomes complicated. Jeeves ends up impersonating one Lord Etringham, while Bertie pretends to be Jeeves' manservant "Wilberforce,"—and this all happens under the same roof as the now affianced Ms. Meadowes. From there the plot becomes even more hilarious and convoluted, in a brilliantly conceived, seamlessly written comic work worthy of the master himself.

Sebastian Faulks is the internationally bestselling author of several novels, including Charlotte Gray, which was made into a film starring Cate Blanchett, and the #1 international bestseller and classic Birdsong, which has sold more than 3 million copies and has been adapted for the stage, for television (starring Eddie Redmayne), and is now in development as a feature film. He lives in London.

Julian Rhind-Tutt has appeared in over radio 50 radio productions as well as lending his voice to numerous audio books and TV shows. He has received the Carleton Hobbs award from BBC Radio Drama and has had starring roles in cult comedies Green Wing and Keen Eddie, as well as appearing in Marple, Black Books and Oliver Twist. Film credits include The Madness of King George (1994), Notting Hill (1999), Lara Croft: Tomb Raider (2001) and Stardust (2007).

“Narrator Rhind-Tutt enthuses, confuses, and expostulates with a gusto worthy of any of his predecessors. Treat yourself and pass many happy hours with a silly smile on your face.” —AudioFile

“Wodehouse is the greatest comic writer ever.” —Douglas Adams, author of The Hitchhiker's Guide to the Galaxy

“[Wodehouse is] a brilliantly funny writer—perhaps the most consistently funny the English language has yet produced.” —The London Times

“Wodehouse's idyllic world can never stale. He will continue to release future generations from captivity that may be more irksome than our own. He has made a world for us to live in and delight in.” —Evelyn Waugh, author of Brideshead Revisited

“The funniest writer ever to put words on paper.” —actor Hugh Laurie