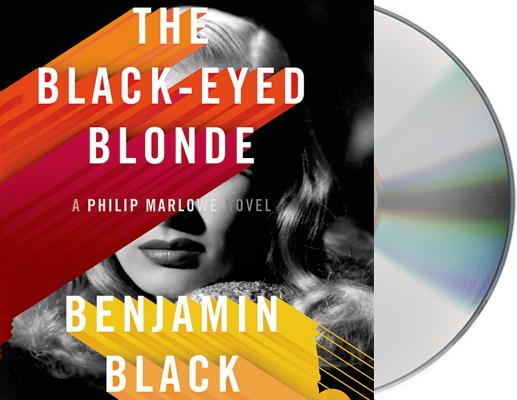 By Benjamin Black, Dennis Boutsikaris (Read by)
Call or email to see if a used copy is available.
Out of Print

So begins The Black-Eyed Blonde, a new novel featuring Philip Marlowe—yes, that Philip Marlowe. Channeling Raymond Chandler, Benjamin Black has brought Marlowe back to life for a new adventure on the mean streets of Bay City, California. It is the early 1950s, Marlowe is as restless and lonely as ever, and business is a little slow. Then a new client is shown in: young, beautiful, and expensively dressed, she wants Marlowe to find her former lover, a man named Nico Peterson. Marlowe sets off on his search, but almost immediately discovers that Peterson's disappearance is merely the first in a series of bewildering events. Soon he is tangling with one of Bay City's richest families and developing a singular appreciation for how far they will go to protect their fortune.

Only Benjamin Black, a modern master of the genre, could write a new Philip Marlowe novel that has all the panache and charm of the originals while delivering a story that is as sharp and fresh as today's best crime fiction.

Dennis Boutsikaris, winner of AudioFile Magazine’s 2010 Best Voice in Mystery & Suspense, has recorded more than 100 audiobooks for publishers in the United States and Great Britain.  His critically-acclaimed work has garnered four Golden Earphone awards and two Best Voices of the Year Awards from AudioFile Magazine and five Audies from the Audio Publishers of America.  His performances include reading novels by Richard North Patterson, Tom Clancy, John Grisham, and Joseph Finder.

Boutsikaris has appeared in numerous Broadway, television, and film roles. He played Mozart on Broadway in Amadeus, and has appeared on television shows including Shameless, The Good Wife, House M.D., Grey’s Anatomy, ER and Law & Order.  He has won two Obie Awards—one for Outstanding Performance in Nest of the Wood Grouse and one for Outstanding Performance in Sight Unseen. His films include The Bourne Legacy, W., The Education of Charlie Banks, *batteries not included, Dream Team, Boys on the Side, and Crocodile Dundee 2.

“Boutsikaris does a standout job of bringing Black's characters to life. Thug or cop, heiress or moll, he gives them all distinct voices that fit well with the book's Chandleresque prose and dialogue.” —Publisher's Weekly

“Dennis Boutsikaris narrates with marvelous aplomb. He nails the cool but inviting tone, the clipped tempo, the razor and the velvet of such a tale. He differentiates between characters without overacting, and does a more than passable female – shades of Lauren Bacall, in fact. This is a perfect weekend listen.” —AudioFile Magazine