Rage Against the Dying: A Thriller (Brigid Quinn Series #1) (CD-Audio) 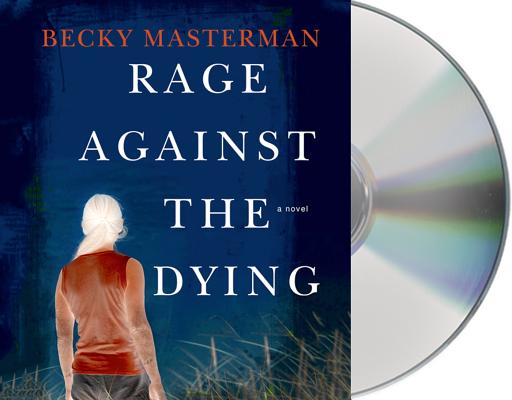 This is book number 1 in the Brigid Quinn Series series.

Brigid Quinn is a woman with secrets and a woman who tells lies. She is also a retired FBI agent whose quest for a quiet, normal life is in vain.This tightly woven thriller kept me on the edge of my seat. — Sarah Donner

“Retired FBI agent Brigid Quinn is trying to live like a normal person, with a husband, dogs, and quaint domesticity, until one day a man claims to be a serial killer whom Quinn chased but could never catch. Just as the case seems to be finally closing, Quinn finds herself thrown back into the investigation and the apparent target of another murderer. Fast-paced, thrilling, and gritty, this is a tour de force of crime fiction that introduces us to a unique and intriguing female character.”
— Meaghan Beasley, Island Bookstore, Duck, NC

You have never met an (ex) FBI agent like Brigid Quinn
"Keeping secrets, telling lies, they require the same skill. Both become a habit, almost an addiction, that's hard to break even with the people closest to you, out of the business. For example, they say never trust a woman who tells you her age; if she can't keep that secret, she can't keep yours. I'm fifty-nine."

Brigid Quinn's experiences in hunting sexual predators for the FBI have left her with memories she wishes she didn't have and lethal skills she hopes never to need again. Having been pushed into early retirement by events she thinks she's put firmly behind her, Brigid keeps telling herself she is settling down nicely in Tucson with a wonderful new husband, Carlo, and their dogs.

But the past intervenes when a man named Floyd Lynch confesses to the worst unsolved case of Brigid's career—the disappearance and presumed murder of her young protégée, Jessica. Floyd knows things about that terrible night that were never made public, and offers to lead the cops to Jessica's body in return for a plea bargain.

It should finally be the end of a dark chapter in Brigid's life. Except…the new FBI agent on the case, Laura Coleman, thinks the confession is fake, and Brigid finds she cannot walk away from violence and retribution after all, no matter what the cost.

With a fiercely original and compelling voice, Becky Masterman's Rage Against the Dying marks the heart-stopping debut of a brilliant new thriller writer.

Judy Kaye’s versatile career includes theater, television, and opera. In 2012, she won a Tony award for her role in Nice Work If You Can Get It. Some of her many Broadway roles include Mamma Mia!, Ragtime, and The Phantom of the Opera, for which she also won a Tony award. Kaye has performed with the New York Philharmonic, the Boston Symphony, the London Symphony, and many other orchestras. A frequent audiobook narrator, she is the voice of Kinsey Millhone in Sue Grafton’s alphabetical series.

“Judy Kaye delivers Brigid's wisecracks in a matter-of-fact but easy-to-listen manner. She does an admirable job of portraying the villains as well as Brigid's husband, who is a professor…Kaye's pitch-perfect reading is smooth and consistent. As Brigid struggles to solve the killings and save herself, Kaye's quickening pace and intensity keep listeners totally involved.” —AudioFile Magazine

“Narrated by the always-superb Judy Kaye... I don't want to spoil this ingeniously plotted story, so I'm not going to give you any more details; you're just going to have to listen. I got so hooked that I didn't want to take the earphones off until the very end.” —BookPage

“Adding greatly…is Kay's narration which is as flawless and effective here as it is on all of the Sue Grafton books.” —Mystery Scene