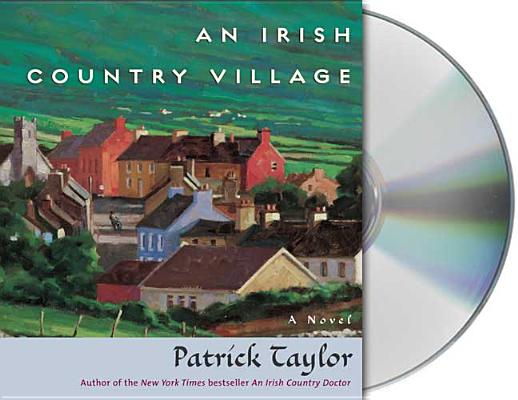 By Patrick Taylor, John Keating (Read by)
Call or email to see if a used copy is available.
Hard to Find - May no longer be available

Welcome to the Village of Ballybucklebo. Come and say hello to Dr. O'Reilly's odd-as-two-left feet patients, his housekeeper, Mrs. "Kinky" Kinkaid, and O'Reilly's pets, Arthur Guinness, the beer-swilling black Lab and Lady MacBeth, the demonically possessed white cat. And of course, to young Dr. Barry Laverty. After Barry's first month as an assistant to crusty Dr. O'Reilly, he has been offered a permanent spot. But Laverty's excitement is dashed when one of his patients unexpectedly dies. The damage to his reputation is enormous, and he and O'Reilly must work to resolve the question of Barry's responsibility for the death. They also have to figure out how to save the four-hundred-year-old village pub. Plans are afoot to not renew the hundred-year lease and instead transform the old pub into a sparkling new tourist trap. To make matters even worse, Patricia Spence, the love of Barry's life, announces she is trying to win a scholarship to distant Cambridge University, all the way in England.... Beautifully evocative of a gentler, simpler time, Patrick Taylor's An Irish Country Village magically captures the charm, wit, and ribald humor of a vanished Irish countryside and its people.

“So, have a wee listen to Patrick Taylor's sequel to An Irish Country Doctor and if you're not charmed by the lives, loves and longings of the feisty folks of Ballybucklebo, County Ulster, Northern Ireland, I'll eat my hat, so I will. Read in a beguiling brogue by John Keating...Taylor peoples thatched-roofed Ballybucklebo with quirky characters...'Tis a grand place, one I hope we'll have many occasions to revisit.” —BookPage

““At last! Here is an authentic Northern Ireland voice. A full cupboard of delightful characters, both human and animal, enrich every page. Quirky, funny, and deeply moving by turns, Taylor’s writing perfectly captures the language and character of Ulster in times gone by.” —Morgan Llywelyn, New York Times bestselling author of The Last Prince of Ireland, on An Irish Country Doctor

“Patrick Taylor, M.D., is a man of words and he is a healing physician, too....A grand read from a grand man.” —Malachy McCourt, New York Times bestselling author of A Monk Swimming, on An Irish Country Doctor