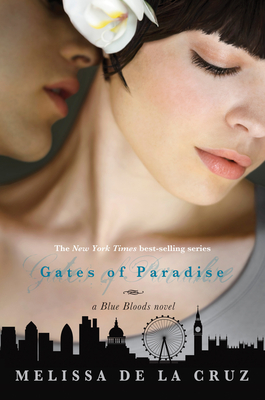 This is book number 7 in the Blue Bloods series.

Schuyler Van Alen is running out of time. The Dark Prince of Hell is storming the Gates of Paradise, intent on winning the heavenly throne for good. This time he has his greatest angels by his side, Abbadon and Azrael—Jack and Mimi Force, as they are known in the coven.

Or so he thinks. When Lucifer assigns Jack and Mimi the tasks of killing their true loves, the Force twins’ secret vow to defeat the Dark Prince once and for all will face the ultimate test. How far will Mimi and Jack go to conceal their true loyalties?

Meanwhile, former vampire Bliss Llewellyn has joined forces with Lawson, the greatest wolf of the underworld, to free his people from their imprisonment in Hell. As they struggle against seemingly impossible odds, an ancient message, woven into the very fabric of time, reveals just how much depends on the success of their mission.

Only Schuyler, the key to the Gate of Promise, has the power to unleash Lucifer’s army of Silver Bloods. When she is taken captive and delivered straight to Hell, Schuyler must make an unthinkable choice—the same one the angel Michael was forced to make in Florence so long ago. Will she find the strength to do what he could not? The epic, heartbreaking Blue Bloods series comes to a close with this final novel about staggering courage, unbearable sacrifice, and the immortality of true love.

Melissa de la Cruz (www.melissa-delacruz.com) is the author of many best-selling novels, including all the books in the Blue Bloods series: Blue Bloods, Masquerade, Revelations, The Van Alen Legacy, Keys to the Repository, Misguided Angel,Bloody Valentine, and Lost in Time. She lives in Los Angeles, California with her husband and daughter, and is hard at work on a new series.