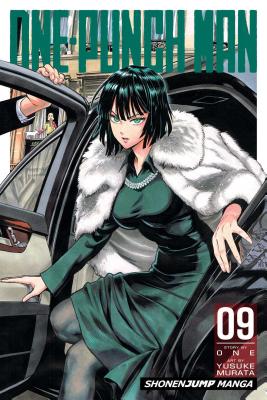 This is book number 9 in the One-Punch Man series.

Time bomb Garo, a monster admirer, finally explodes, attacking the Hero Association! Meanwhile, Miss Blizzard visits Saitama at his apartment. Because of his lower rank, she plans to make him one of her subordinates, but…