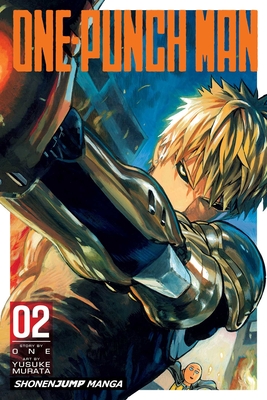 This is book number 2 in the One-Punch Man series.

Saitama’s easily taken out a number of monsters, including a crabby creature, a malicious mosquito girl and a muscly meathead. But his humdrum life takes a drastic turn when he meets Genos—a cyborg who wants to uncover the secret behind his strength!