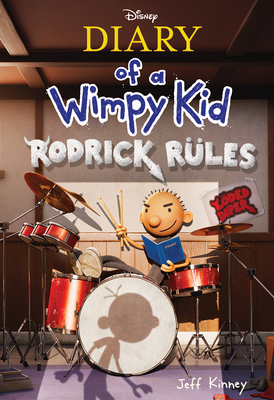 Greg Heffley’s got a secret, and if anyone finds out the juicy details, his life is going to get turned inside out. Unfortunately, he’s also got an older brother, Rodrick, who has a talent for sniffing these things out. But secrets can’t stay under wraps for long—especially when there’s a diary involved.

To celebrate the full-color, 3D animated Disney+ production of Diary of a Wimpy Kid: Rodrick Rules, we’ve created this special edition with an exclusive cover image.

Jeff Kinney is a #1 New York Times bestselling author of the Diary of a Wimpy Kid series and the Awesome Friendly Kid series. He is a six-time Nickelodeon Kids’ Choice Award winner for Favorite Book and has been named one of Time magazine’s 100 Most Influential People in the World. He spent his childhood in the Washington, D.C., area and moved to New England, where he and his wife own a bookstore named An Unlikely Story.