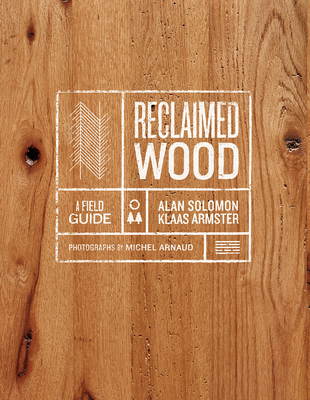 Klaas Armster and Alan Solomon are partners at Sawkill Lumber Company, a leading Brooklyn-based supplier of reclaimed woods. The son of a mill owner/architect, Armster lives in Guilford, Connecticut. Solomon has spent a life in salvage, starting with a family scrapyard in the Boston area. He was profiled in a New Yorker article in 2008. He lives in Brooklyn.

Michel Arnaud is an internationally recognized photographer who has worked for publications such as Vogue and Architectural Digest. He is the principal photographer for more than 20 design and lifestyle books, including Design Brooklyn and Detroit. He lives in New York City. Noted architectural curator, Donald Albrecht offers his perspective in the introduction.