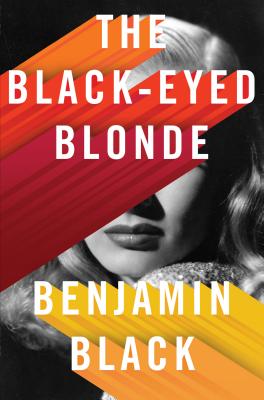 By Benjamin Black
Call or email to see if a used copy is available.
Out of Print

So begins "The Black-Eyed Blonde," a new novel featuring Philip Marlowe--yes, that Philip Marlowe. Channeling Raymond Chandler, Benjamin Black has brought Marlowe back to life for a new adventure on the mean streets of Bay City, California. It is the early 1950s, Marlowe is as restless and lonely as ever, and business is a little slow. Then a new client is shown in: young, beautiful, and expensively dressed, she wants Marlowe to find her former lover, a man named Nico Peterson. Marlowe sets off on his search, but almost immediately discovers that Peterson's disappearance is merely the first in a series of bewildering events. Soon he is tangling with one of Bay City's richest families and developing a singular appreciation for how far they will go to protect their fortune.

Only Benjamin Black, a modern master of the genre, could write a new Philip Marlowe novel that has all the panache and charm of the originals while delivering a story that is as sharp and fresh as today's best crime fiction.

Benjamin Black is the pen name of the Man Booker Prize-winning novelist John Banville. The author of the bestselling and critically acclaimed series of Quirke novels--including "Christine Falls," "Vengeance," and "Holy Orders"--he lives in Dublin.