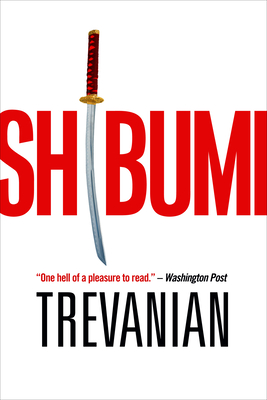 A classic spy novel from the bestselling author, Trevanian, about a westerner raised in Japan who becomes one of the world's most accomplished assassins.

Nicholai Hel is the world’s most wanted man. Born in Shanghai during the chaos of World War I, he is the son of an aristocratic Russian mother and a mysterious German father and is the protégé of a Japanese Go master. Hel survived the destruction of Hiroshima to emerge as the world’s most artful lover and its most accomplished—and well-paid—assassin. Hel is a genius, a mystic, and a master of language and culture, and his secret is his determination to attain a rare kind of personal excellence, a state of effortless perfection known only as shibumi.

Now living in an isolated mountain fortress with his exquisite mistress, Hel is unwillingly drawn back into the life he’d tried to leave behind when a beautiful young stranger arrives at his door, seeking help and refuge. It soon becomes clear that Hel is being tracked by his most sinister enemy—a supermonolith of international espionage known only as the Mother Company. The battle lines are drawn: ruthless power and corruption on one side, and on the other . . . shibumi.

Trevanian lives in the French Basque region. He is the author of The Crazyladies of Pearl Street, The Eiger Sanction, The Loo Sanction, The Main, The Summer of Katya, Incident at Twenty-Mile, and Hot Night in the City. Visit trevanian.com for the Crazyladies cybernotes, Trevanian’s commentaries, items from the author’s desk, and more.

“One hell of a pleasure to read.” —Washington Post