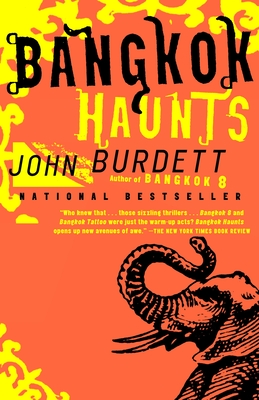 This is book number 3 in the Royal Thai Detective Novels series.

John Burdett is a nonpracticing lawyer who worked in Hong Kong for a British firm until he found his true vocation as a writer. He has also lived in France, Spain, and Thailand. He is the author of A Personal History of Thirst, The Last Six Million Seconds, Bangkok 8, and Bangkok Tattoo.

“Who knew that . . . those sizzling thrillers . . . Bangkok 8 and Bangkok Tattoo were just the warm-up acts? Bangkok Haunts opens up new avenues of awe.” —The New York Times Book Review"Bangkok Haunts is a book to be gobbled up at top speed, preferably while wearing sunglasses and drinking through a twisty straw."—The New York Times"Captivating. . . . A wonderful mystery series." —The Washington Post"Spellbinding. . . . [These] characters are scintillating." —The Boston Globe