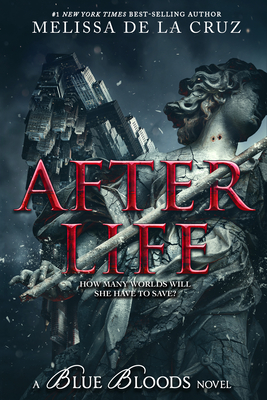 The Blue Bloods are back—and their fangs are sharper than ever.

After defeating Lucifer and sacrificing the love of her life, Jack, Schuyler wakes up back in New York safe and sound. Only it’s not quite the New York she knows, and she’s not in her regular body. She looks different and feels different, and so does everyone else. Schuyler soon discovers that in this world, her best friend has a different last name, her parents are both alive and happy, and the love of her life? Not so dead after all. The catch? Jack has no idea who she is.

As it turns out, Schuyler is not in her New York. She’s not even in her universe. This is an alternate reality. One where Lucifer is alive and well, Blue Bloods are hardly benevolent, and Jack may have turned to the dark side. Just when she thinks all is lost, Schuyler is contacted by a familiar friend—a friend from her world who actually remembers the Schuyler she used to be! But the friend also has a theory, and it’s one she doesn’t like: that Schuyler was sent here to defeat Lucifer. Again. And that she’s the only person in this universe—or any universe—who can defeat him.

Melissa de la Cruz (www.melissa-delacruz.com) is the author of the #1 New York Times best-selling Isle of the Lost series, as well as many other best-selling novels, including Alex & Eliza and all the books in the Blue Bloods series: Blue Bloods, Masquerade, Revelations, The Van Alen Legacy, Keys to the Repository, Misguided Angel,Bloody Valentine, Lost in Time, and Gates of Paradise. She lives in Los Angeles, California, with her husband and daughter.