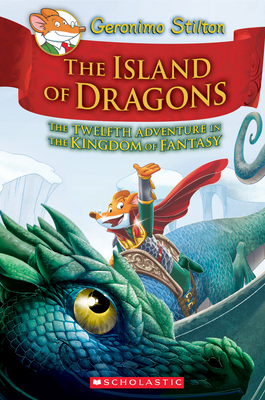 Fairies, dragons, wizards, and more await Geronimo on every magical Kingdom of Fantasy adventure!
Geronimo Stilton is needed for the twelfth time in the Kingdom of Fantasy!
The five princesses of The Kingdom of Lotus Flowers have been kidnapped by a terrible witch. The King and Queen believe I am the brave knight from the Prophecy of Dragonia who that will save them.

The prophecy says that I must visit the Island of Dragons to find the bravest, the wisest, the silliest, and the wittiest, and the most sincere. Together, we were the only ones who might be able to save the princesses! Could I find the dragons before it was too late?