They Call Me the Night Howler! (Goosebumps SlappyWorld #11) (Paperback) 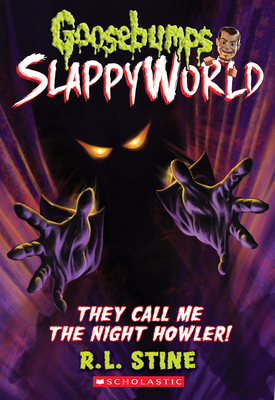 This is book number 11 in the Goosebumps SlappyWorld series.

This is Slappy's world -- You only scream in it!

Mason Brady loves comics! He knows every hero, villain, and sidekick. He even draws his own characters. On a trip to his favorite place, the Comic Book Characters Hall of Fame Museum, Mason explores every exhibit. He even comes across the very real Night Howler. But when villains start terrorizing the town, Mason realizes that his whole life is about to change. Will Mason be a superhero or a superzero?

R.L. Stine is the creator of the bestselling Goosebumps series, which has more than 400 million copies in print worldwide and celebrated 25 years in 2017. Goosebumps is one of the bestselling children's series of all-time and inspired a popular television show, as well as a feature film starring Jack Black that opened at #1 at the box office. His other popular children's books include the series Fear Street, Mostly Ghostly, The Nightmare Room, and Rotten School, and his first picture book, with Marc Brown, The Little Shop of Monsters. R.L. Stine lives in New York City. You can connect with him on Twitter @RL_Stine or Facebook: facebook.com/rlstine. For more information, visit rlstine.com and www.scholastic.com/goosebumps.