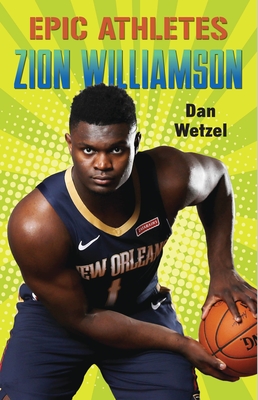 This is book number 10 in the Epic Athletes series.

Now a New Orleans Pelican, he's set out to prove that he truly deserves to be the new King of Basketball. But for all the expectations and accolades, Zion remains a humble, dedicated teammate, and a terrific role model for young basketball fans across the country.

Filled with sports action and comic-style illustrations by David SanAngelo, this inspiring biography tells the story of a once-in-a-generation basketball superstar.

“Athletes and sports fans will appreciate this inside look at the development of one of the most exciting and skilled basketball players to emerge in this era . . . Comic-style illustrations by Zeke Peña provide some visual excitement.” —Common Sense Media