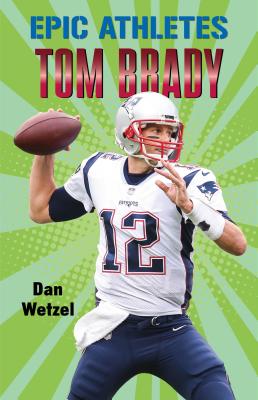 This is book number 4 in the Epic Athletes series.

Throughout over two decades, Tom Brady has led his teams to seven Super Bowl championships and earned three Most Valuable Player Awards, arguably cementing his status as the greatest quarterback of all time.

From the moment Tom Brady stepped on the NFL gridiron, pro football was forever changed. A star, a legend, a future hall-of-famer was born. Over the years, he mounted comeback after comeback win, finding the open man for a touchdown just when victory seemed out of reach.

In this inspirational biography of a living legend, acclaimed sports writer and bestselling author Dan Wetzel chronicles Tom Brady's rise from a backup quarterback at the University of Michigan to an MVP on the biggest stage in sports--the Super Bowl. This fantastic biography also includes vibrant comic-style interior illustrations.

* "Wetzel knows how to organize the facts and tell a good story. His insights into high school, collegiate, and professional basketball, along with his use of well-chosen quotes from insiders, make this book an unusually informative and enjoyable sports biography for young readers." —Booklist, starred review for Epic Athletes: Stephen Curry