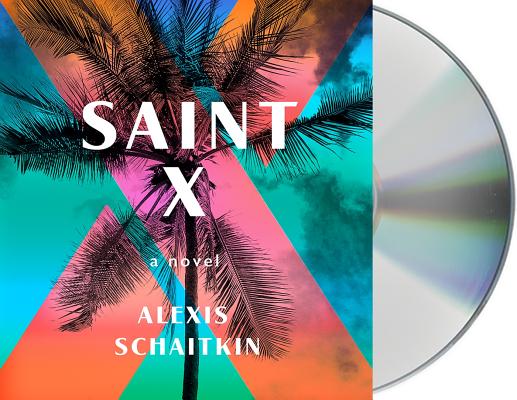 An entrancing and diverse read, Saint X is easily one of my favorite books of 2020 so far. Tragedy strikes a family of four on a vacation to the island of Saint X in the Carribean; college-age daughter Allison is found dead, and two island locals are accused of her murder, but never charged. Her younger sister, Claire, was seven at the time, and years later an adult Claire by chance runs into Clive Richardson, one of the men who may have been involved in Allison’s death. The mystery of what happened to Allison on Saint X consumes Claire’s life as she becomes intent on uncovering the truth from Clive.
This novel feels like a character study with themes of racism, privilege, and class heavily dissected through the character of Allison, Claire and Clive. There is so much in this debut novel to unpack. This would be a great book group read! — Kirstin Swartz

“A family vacation to a Caribbean island goes terribly wrong and the tragedy casts a pall over the life of Claire, who is only seven years old when this mesmerizing novel begins. We follow Claire into adulthood and along her pursuit of truth and resolution, while her life becomes increasingly affected by her obsessive search for the answers to the mystery that occurred on Saint X. You will not be able to put down this startlingly accomplished novel, and it will sneak into your dreams! I envy anyone who has it to look forward to.”
— Tova Beiser, Brown University Bookstore, Providence, RI

"Alexis Schaitkin’s splashy debut novel, Saint X, is an audiobook lover’s dream...Queue this one up for a murderous, dreamy delight." — Paste

Hailed as a “marvel of a book” and “brilliant and unflinching,” Alexis Schaitkin’s stunning debut, Saint X, is a haunting portrait of grief, obsession, and the bond between two sisters never truly given the chance to know one another.

Claire is only seven years old when her college-age sister, Alison, disappears on the last night of their family vacation at a resort on the Caribbean island of Saint X. Several days later, Alison’s body is found in a remote spot on a nearby cay, and two local men–employees at the resort–are arrested. But the evidence is slim, the timeline against it, and the men are soon released. The story turns into national tabloid news, a lurid mystery that will go unsolved. For Claire and her parents, there is only the return home to broken lives.

Years later, Claire is living and working in New York City when a brief but fateful encounter brings her together with Clive Richardson, one of the men originally suspected of murdering her sister. It is a moment that sets Claire on an obsessive pursuit of the truth–not only to find out what happened the night of Alison’s death but also to answer the elusive question: Who exactly was her sister? At seven, Claire had been barely old enough to know her: a beautiful, changeable, provocative girl of eighteen at a turbulent moment of identity formation.

As Claire doggedly shadows Clive, hoping to gain his trust, waiting for the slip that will reveal the truth, an unlikely attachment develops between them, two people whose lives were forever marked by the same tragedy.

For fans of Emma Cline’s The Girls and Lauren Groff’s Fates and Furies, Saint X is a flawlessly drawn and deeply moving story that culminates in an emotionally powerful ending.

“Here is a marvel of a book, a kaleidoscopic examination of race and privilege, family and self, told with the propulsive, kinetic focus of a crime thriller. Brilliant and unflinching, Saint X marks the debut of a stunningly gifted writer. I simply couldn’t stop reading." – Chang-rae Lee, author of On Such A Full Sea

Alexis Schaitkin’s short stories and essays have appeared in Ecotone, Southwest Review, The Southern Review, The New York Times, and elsewhere. Her fiction has been anthologized in The Best American Short Stories and The Best American Nonrequired Reading. She received her MFA in fiction from the University of Virginia, where she was a Henry Hoyns Fellow. She lives in Williamstown, Massachusetts, with her husband and son. Saint X is her debut novel.

"Alexis Schaitkin's stunning debut novel is an examination of race, privilege, family and self as a teenage girl vanishes during her family’s luxury Caribbean vacation on the island of Saint X. Though the lives of the privileged tourists and the island locals are seemingly unrelated, in the aftermath of this single dramatic event, they’re inextricably bound to each other forever."
–Good Morning America, 20 Books We're Excited for in 2020

“This writer is fearless, and her gamble pays off. This killer debut is both a thriller with a vivid setting and an insightful study of race, class, and obsession.”
—Kirkus, STARRED REVIEW

"Saint X is slightly miraculous. Funny, chilling, moving, and throughout, deeply intelligent. We follow Emily into the depths of her obsessive quest with fascination and, in the end, rise with her as she moves on. This is an utterly original and engrossing novel written with the surest possible hand."
—Christopher Tilghman, Author of Thomas and Beal in the Midi

“Here is a marvel of a book, a kaleidoscopic examination of race and privilege, family and self, told with the propulsive, kinetic focus of a crime thriller. Brilliant and unflinching, Saint X marks the debut of a stunningly gifted writer. I simply couldn’t stop reading."
—Chang-rae Lee, Author of On Such A Full Sea