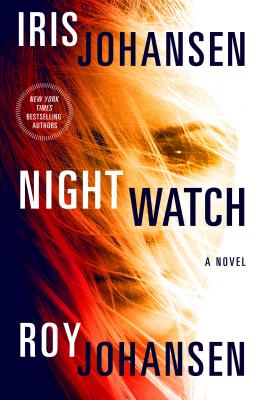 This is book number 4 in the Kendra Michaels series.

Born blind Kendra Michaels eyesight is restored at twenty by Dr Waldridge of Night Watch Project. Unexpectedly the doctor contacts Kendra then disappears before he can tell her something important. Why are Night Watch doctors being murdered and what is the terrible secret of the project. Kendra investigates. Highly entertaining. — Sarah Knight

Sometimes, what you can’t see will kill you…

Kendra is surprised when she is visited by Dr. Charles Waldridge, the researcher who gave her sight through a revolutionary medical procedure developed by England's Night Watch Project. All is not well with the brilliant surgeon; he’s troubled by something he can’t discuss with Kendra. When Waldridge disappears the very night he visits her, Kendra is on the case, recruiting government agent-for-hire Adam Lynch to join her on a trail that leads to the snow-packed California mountains. There they make a gruesome discovery: the corpse of one of Dr. Waldridge’s associates. But it’s only the first casualty in a white-knuckle confrontation with a deadly enemy who will push Kendra to the limits of her abilities. Soon she must fight for her very survival as she tries to stop the killing…and unearth the shocking secret of Night Watch.

Praise for The Naked Eye

“The Johansens power-up the emotional stakes in this page-turning thriller that cements Michaels’ reputation as a force to be reckoned with.” —Booklist

“This read goes from good to great to spectacular as the hunt between predator and prey never stops. As always behind the name ‘Johansen’ in reviews, this is a definite 5-Star.” —Suspense Magazine

Praise for Close Your Eyes

“Intrigue at its best!” –Reader to Reader