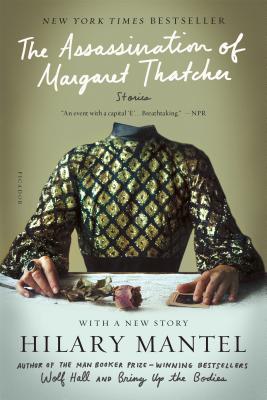 In this edgy and complex collection of stories, Mantel is linguistically perfect. From the strained relations of female staff in a Harley Street office, to a vacation with disastrous consequences, to culture shock, to anorexia, these eerie contemporary fables will unnerve you to the core! — Amy Palmer

In The Assassination of Margaret Thatcher, Hilary Mantel's trademark gifts of penetrating characterization, unsparing eye, and rascally intelligence are once again fully on display with stories of dislocation and family fracture, of whimsical infidelities and sudden deaths with sinister causes. Cutting to the core of human experience, Mantel brutally and acutely writes about marriage, class, family, and sex. Unpredictable, diverse, and sometimes shocking, The Assassination of Margaret Thatcher will brilliantly unsettle the reader in that unmistakably Mantel way.

Hilary Mantel was a renowned English writer who twice won the Booker Prize, for her best-selling novel Wolf Hall and its sequel, Bring Up the Bodies. The final novel of the Wolf Hall trilogy, The Mirror & the Light, debuted at #1 on the New York Times bestseller list and won worldwide critical acclaim. Mantel wrote seventeen celebrated books, including the memoir Giving Up the Ghost, and she was awarded the National Book Critics Circle Award for fiction, the Walter Scott Prize, the Costa Book Award, the Hawthornden Prize, and many other accolades. In 2014, Mantel was appointed Dame Commander of the Order of the British Empire (DBE). She died at age seventy in 2022.

“Scintillating . . . Like the Olympic gymnast who nails her landing every time.” —The New York Times Book Review

“A book of her short stories is like a little sweet treat.” —USA Today (four stars)

“One of the best novelists writing today.” —Entertainment Weekly

“Mantel's] writing is cinematically exquisite… you can't help but get sucked in.” —The Chicago Tribune

“The Assassination of Margaret Thatcher delivers on its promises: the promise built by Mantel's reputation as one of the unquestionably great contemporary writers, the promise made by its shocking title, and the promise inherent in the genre of short stories...Mantel pokes and prods and scratches at our tiny collective wounds, opening them into something much bigger. Readers may find the stories uncomfortable, but also hard to put down.” —A.V. Club

“A book of her short stories is like a little sweet treat.... Some of the stories are so brief and twisted...they have a hint of the cruelty of Roald Dahl's short stories (the ones that were definitely for grown-ups).... Mantel's narrators never tell everything they know, and that's why they're worth listening to, carefully.” —USA Today (4 stars)

“Here is the Mantel of her earlier, darker kitchen-sink novels: harsh and comic, even derisive.” —Los Angeles Times

“Mantel] evokes a shadowy region where boundaries blur and what might have happened has equal weight with what actually occurred…. Despite the plethora of sharply observed social detail, her short stories always recognize other potential realities…. Even the most straightforward of Mantel's tales retain a faintly otherworldly air.” —Washington Post

“[A] barnburner of a title story...It's not the plot that matters as much as the superb little touches with which Ms. Mantel punctuates it.” —New York Times

“Mantel is not just a novelist, however, but a great political novelist at the top of her game.” —Salon

“The stories are artfully constructed and share a muted gothic tone marked by the same ‘heightened, crawling quality' that one of Mantel's narrators, a writer, finds at a moldering hotel.” —New Yorker

“The Assassination of Margaret Thatcher, untied from the historical record, she gives her characters freer rein to rattle their chains, and the results...are satisfyingly chilling.” —The Daily Beast

“Here are stories in which horror shudders between the high gothic of Grimm and the menacing quotidian. Oppression comes from air conditioners that 'labor and hack' and from 'the smell of drains.' Cruelty is made manifest by a wayward young girl who finds an even more outcast target in the form of a severely deformed child.... These are Ms. Mantel's signature strokes - freaks made human and humans made freakish, and always with the expiation of a dark and judgmental humor.” —Pittsburg Post-Gazette