The Other Story: A Novel (Hardcover) 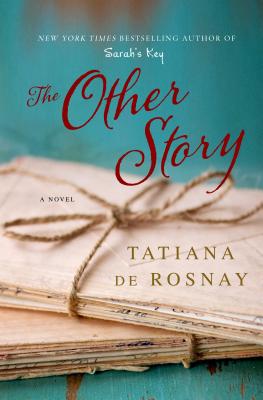 By Tatiana de Rosnay
Call or email to see if a used copy is available.
Out of Print

Still riding on the success of his first novel, Nicolas Kolt battles his self absorption and tries to write his long awaited second book. The Other Story flows between the present, in which Nicolas is entirely despicable and self loathing, and the past, in which he's quite lovable. It's a story of redemption: is Nicolas too far gone, or can he redeem himself? — Amelia Stymacks

“Nicolas Duhamel's first novel is an amazing worldwide bestseller, but one has to have strong legs to carry the weight of such success and Nicolas doesn't have those. He soon transforms into a vain, egocentric creature, keeping track of his fame through Twitter and Facebook as his friends and family slowly turn away from him. When he takes some time off in an exclusive hotel on an Italian island, Nicolas finally starts to realize that, in spite of all his success and wealth, there is no happiness in his life. A captivating novel about a man in search of his identity and the price of fame.”
— Jean-Paul Adriaansen, Water Street Books, Exeter, NH

Vacationing at a luxurious Tuscan island resort, Nicolas Duhamel is hopeful that the ghosts of his past have finally been put to rest… Now a bestselling author, when he was twenty-four years old, he stumbled upon a troubling secret about his family – a secret that was carefully concealed. In shock, Nicholas embarked on a journey to uncover the truth that took him from the Basque coast to St. Petersburg – but the answers wouldn't come easily.

In the process of digging into his past, something else happened. Nicolas began writing a novel that was met with phenomenal success, skyrocketing him to literary fame whether he was ready for it or not – and convincing him that he had put his family's history firmly behind him. But now, years later, Nicolas must reexamine everything he thought he knew, as he learns that, however deeply buried, the secrets of the past always find a way out.

Page-turning, layered and beautifully written, Tatiana de Rosnay's THE OTHER STORY is a reflection on identity, the process of being a writer and the repercussions of generations-old decisions as they echo into the present and shape the future.

TATIANA DE ROSNAY is the author of more than ten novels, including the New York Times bestselling novel Sarah’s Key, an international sensation with over 9 million copies sold in forty-two countries worldwide that has now been made into a major film. Tatiana lives with her husband and two children in Paris.

"The author of the incredibly popular Sarah’s Key (2006) likely drew on her own experiences to flesh out Nicolas’ struggles and triumphs. Fans of Markus Zusak and loyal de Rosnay readers will enjoy this inspiring and introspective novel, as may anyone intrigued by a peek inside the world of high-stakes publishing." -Booklist