The Man from Primrose Lane: A Novel (Paperback) 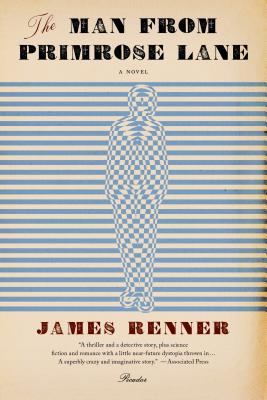 Shattered by his wife's inexplicable suicide, a bestselling author comes to believe that a recluse's mysterious death may have altered reality itself. Is it possible to change the mistakes of the past? A brainy beach read, a mind-bending page-turner ... call it what you want, this is good. — Charles Bottomley

In West Akron, Ohio, there lived an elderly recluse who always wore mittens, even in July. He had no friends and no family, and was known only as the Man from Primrose Lane. And on a summer day, someone murdered him. Fast-forward four years. David Neff, the bestselling author of a true-crime book about an Ohio serial killer, is broken by his wife's inexplicable suicide. When an unexpected visit from an old friend introduces him to the strange mystery of "the man with a thousand mittens," David decides to investigate. But the closer he gets to uncovering the man's true identity, the more he begins to understand the reality-altering power of his own obsessions—and how they may be connected to the deaths of the old hermit and David's beloved wife. Deviously plotted and full of dark wit, James Renner's The Man from Primrose Lane is an audacious page-turner unlike anything you've ever read.

JAMES RENNER is the author of The Serial Killer's Apprentice and several other works of nonfiction. His true crime stories have appeared in The Best American Crime Writing anthology, as well the Cleveland Scene and Cracked.com. His method of using social media to solve cold cases was the subject of a CNN profile, in 2015. He has also written two novels, The Man from Primrose Lane and The Great Forgetting. He lives in Akron with his wife and children.

“A thriller and a detective story, plus science fiction and romance with a little near-future dystopia thrown in…A superbly crazy and imaginative story.” —Associated Press

“Fascinating and unpredictable, with shades of Stephen King and HP Lovecraft as well as Douglas Adams, [The Man from Primrose Lane] never loses touch with the human story of loss, guilt and fate that is at its core.” —Laura Wilson, The Guardian (UK)

“The Man from Primrose Lane barrels along, fueled by Renner's addictive storytelling….It's quite the interesting ride.” —The Denver Post

“A well-told story filled with darkness, horror, humor, and surprising tenderness. And that's just the first part. There is a moment in this novel when the story moves in a way so unexpected I actually had to put it down and catch my breath. Go ahead, see what I mean. I'll wait here for you.” —Charles Yu, author of How to Live Safely in a Science Fictional Universe

“Features superbly drawn characters and escalates into a genre-bending narrative (noir, sci-fi, and more) of thrills and twists. A great choice for readers who enjoyed Tana French's In the Woods or any work by Philip K. Dick.” —Library Journal

“Brilliantly intricate… [with] a fantastic finish [and] compelling, interesting characters… I couldn't put The Man From Primrose Lane down.” —SF Signal