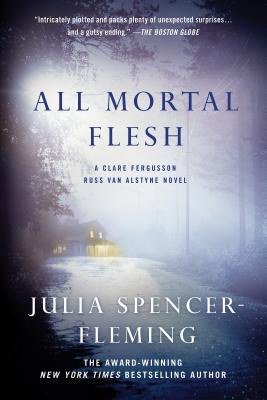 This is book number 5 in the Fergusson/Van Alstyne Mysteries series.

One horrible murder. Two people destined for love or tragedy. Emotions explode in Millers Kill, where nothing is as it seems . . . and betrayal twists old friendships and evil waits inside quaint farmhouses.

Russ Van Alstyne figures his wife kicking him out of their house is nobody's business but his own. Until a neighbor pays a friendly visit to Linda Van Alstyne and finds the woman's body, gruesomely butchered, on the kitchen floor. To the state police, it's an open-and-shut case of a disaffected husband silencing his wife and putting a stop to the murder investigation he controls. To the townspeople, it's proof that the whispered gossip about the police chief and the priest was true. To the powers-that-be in the church hierarchy, it's a chance to control their wayward cleric once and for all. Russ and Clare must struggle against the reach of the law, the authority of the church, and their own guilty hearts.

“Easily the best yet in what was already an amazing series. . . . Subtle, intense, tough, tender, intelligent--a definite must-read and an automatic book of the year.” —Lee Child

“In a story as unpredictable as its characters, the resolution takes this series in a direction that should give the good bishop heart palpitations.” —The New York Times Book Review

“Intricately plotted and packs plenty of unexpected surprises . . . and a gutsy ending.” —The Boston Globe

“Her most captivating yet . . . Fans, once they start reading, will hang Do Not Disturb signs on their doors.” —Publishers Weekly

“The compelling characters bring to life this riveting installment that's quite possibly the best in the series.” —RT Book Reviews