How Insurgency Begins: Rebel Group Formation in Uganda and Beyond (Cambridge Studies in Comparative Politics) (Paperback) 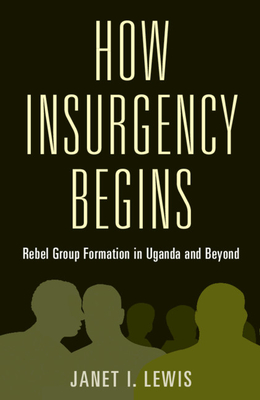 How and why do rebel groups initially form? Prevailing scholarship has attributed the emergence of armed rebellion to the explosion of pre-mobilized political or ethnic hostilities. However, this book finds both uncertainty and secrecy shrouding the start of insurgency in weak states. Examining why only some incipient armed rebellions succeed in becoming viable challengers to governments, How Insurgency Begins shows that rumors circulating in places where rebel groups form can influence civilians' perceptions of both rebels and the state. By revealing the connections between villagers' trusted network structures and local ethnic demography, Janet I. Lewis shows how ethnic networks facilitate the spread of pro-rebel rumors. This in-depth analysis of conflicts in Uganda and neighbouring states speaks to scholars and policymakers seeking to understand the motives and actions of those initiating armed rebellion, those witnessing the process in their community, and those trying to stop it.