Sounds of War: Music in the British Armed Forces During the Great War (Studies in the Social and Cultural History of Modern Warfare) (Hardcover) 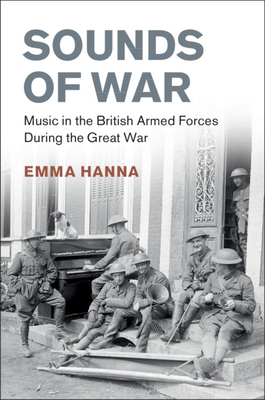 Comparatively little is known about the musical cultures of the British armed forces during the Great War. This groundbreaking study is the first to examine music's vital presence in a range of military contexts including military camps, ships, aerodromes and battlefields, canteen huts, hospitals and PoW camps. Emma Hanna argues that music was omnipresent in servicemen's wartime existence and was a vital element for the maintenance of morale. She shows how music was utilised to stimulate recruitment and fundraising, for diplomatic and propaganda purposes, and for religious, educational and therapeutic reasons. Music was not in any way ephemeral, it was unmatched in its power to cajole, console, cheer and inspire during the conflict and its aftermath. This study is a major contribution to our understanding of the wartime realities of the British armed forces during the Great War.