Clap When You Land (MP3 CD) 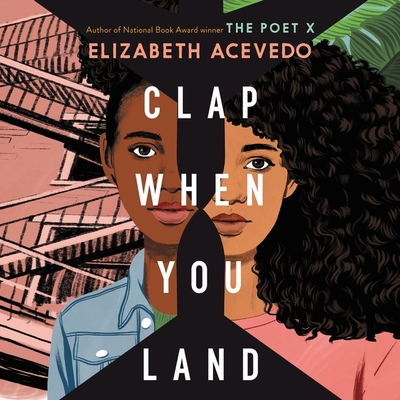 By Elizabeth Acevedo (Read by), Melania-Luisa Marte (Read by)
$39.99
Backordered

Clap When You Land is a beautiful, raw, and emotional read. Told entirely in verse, it follows Camino and Yahaira, two sisters who have no idea that the other exists. Their father lived a double life, traveling between Camino in the Dominican Republic, and Yahaira in NYC. One day, on it's way to the Dominican Republic, their father's plane crashes, leaving no survivors. What follows is the girls' journey through grief, hope, love, and loss. The story is incredibly moving, capable of bringing the reader to tears and is now one of my favorite books. — Cassidy Washburn

In a novel-in-verse that brims with grief and love, National Book Award-winning and New York Times-bestselling author Elizabeth Acevedo writes about the devastation of loss, the difficulty of forgiveness, and the bittersweet bonds that shape our lives.

Don't miss the audiobook, read by Elizabeth Acevedo, the beloved author and narrator of The Poet X, winner of an Odyssey Honor and an AudioFile Earphones Award winner.

Camino Rios lives for the summers when her father visits her in the Dominican Republic. But this time, on the day when his plane is supposed to land, Camino arrives at the airport to see crowds of crying people...

In New York City, Yahaira Rios is called to the principal's office, where her mother is waiting to tell her that her father, her hero, has died in a plane crash.

Separated by distance--and Papi's secrets--the two girls are forced to face a new reality in which their father is dead and their lives are forever altered.

And then, when it seems like they've lost everything of their father, they learn of each other.