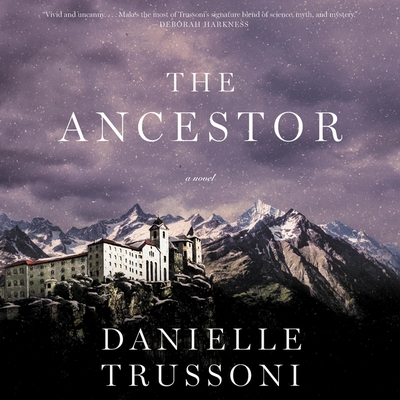 While trying to understand why her marriage is failing, Berta instead learns she is the sole surviving heir to a centuries-old Italian dynasty. Accompanying her to claim her rightful heritage, Berta’s husband, Luka, learns he, too, is from an ancient famiglia, one from whom he has inherited a feudal grudge against hers, leading to their wedlock’s inevitable ending, and also to his death. Still, Berta explores her lineage, deep into a genealogical history wherein her maternal blood has long described a kind of “missing link” to the village upon which her ancestors amassed its fortunes. — Ray Marsocci

From the New York Times, USA Today, and internationally bestselling author of the Angelology series comes a bewitching gothic novel of suspense that plunges readers into a world of dark family secrets, the mysteries of human genetics, and the burden of family inheritance.

It feels like a fairy tale when Alberta "Bert" Monte receives a letter addressed to "Countess Alberta Montebianco" at her Hudson Valley, New York, home that claims she's inherited a noble title, money, and a castle in Italy. While Bert is more than a little skeptical, the mystery of her aristocratic family's past, and the chance to escape her stressful life for a luxury holiday in Italy, is too good to pass up.

At first, her inheritance seems like a dream come true: a champagne-drenched trip on a private jet to Turin, Italy; lawyers with lists of artwork and jewels bequeathed to Bert; a helicopter ride to an ancestral castle nestled in the Italian Alps below Mont Blanc; a portrait gallery of ancestors Bert never knew existed; and a cellar of expensive vintage wine for Bert to drink.

But her ancestry has a dark side, and Bert soon learns that her family history is particularly complicated. As Bert begins to unravel the Montebianco secrets, she begins to realize her true inheritance lies not in a legacy of ancestral treasures, but in her very genes.