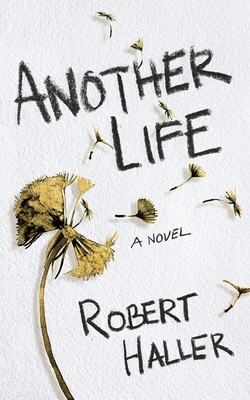 Wow, what a surprise read for me. What first attracted me to this book was the cover art--cover art is a big first impression for me when it comes to fiction stories--but as I started reading this debut novel of Haller’s and realized this book would be set during a summer at a vacation bible school in upstate NY, I was initially thrown off. Normally, I would never pick up a fiction book that had the setting and the characters directly involved in religion, but I was glad I did with this novel. Haller doesn’t use the Christian setting and ideals as a simple plot device; he utilizes the theme of religion geniusly throughout the book.

We get the idea that each of the four protagonists--Laura, April, Paul and Ben--are in a state of uneasiness when it comes to the religion they have dedicated their whole lives to. Forcing these characters in these closed-quarters, religious heavy environments allows each of them to confront their deepest thoughts, desires and secrets. They each try their best to support the religion they were raised in, all the while encountering situations that makes them question the rightness of Christianity--is their religion really all-knowing?

What I enjoyed most about this book was that while it is technically classified as an adult fiction novel, it could easily blend into the YA genre as well, with two out of the four main characters being teenagers. But in truth, it is a coming-of-age story for all four characters, regardless of age. Each character has to accept the ages they are growing into and how it affects their views on their own identities, ideals and relationships. I really enjoyed the ending for two of the characters, Laura and April: a mother and daughter who finally get passed their inner-struggles and come together by the epilogue, but I wish that we had a more set in stone ending for Paul and Ben; their fates are kind of up in the air.

Overall, a funny, thought-provoking and well-rounded read, and an excellent debut novel for Robert Haller!

Laura: a teenage girl struggling to fit into her small, sleepy town in upstate New York, slowly drifting away from reality and into the secret life she inhabits online. Paul: a twentysomething wannabe rock star, back home from New York City, broke and jobless, living with his mother. April: a math teacher with two kids, running her church's vacation Bible school, discontent with another summer planning crafts and regurgitating verses. Ben: a boy stuck at VBS, still adjusting to the presence of his foster brother, DeShawn, a quiet, brooding kid from Brooklyn.

Over the course of one summer, these characters' paths will collide in surprising, often hilarious ways. Encompassing questions of identity, religion, race, and family, Another Life is an absorbing and thought-provoking debut about the line we all walk between desire and responsibility.