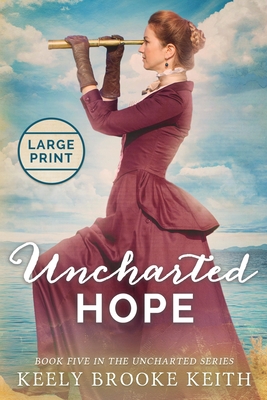 LARGE PRINT EDITION In a secluded land, Sophia and Nicholas wrestle with love and faith, while in the outside world, a stunning discovery could change everything. Sophia Ashton's new medical assistant job comes with the perks of living on the Colburn property, which include being surrounded by a loving family-something she's never known. During the job's trial period, a patient puts Sophia's career in jeopardy. Now she must prove her competence or lose her job and home. Nicholas Vestal is working on a sheep farm to earn a starter flock, but before his contract is up, he inherits a house in the village. While fixing up the old house, he pursues Sophia Ashton, believing she is the woman God wants him to marry. But when Sophia's difficult past blocks Nicholas's plan, he must find a way to her heart. Meanwhile, outside the Land...
When plant biologist Bailey Colburn is offered a research job, she knows Justin Mercer is playing her somehow. Working for the former naval flight officer sounds better than her other options in post-war Norfolk, even though Justin says he once met her long-lost relatives. But when Justin introduces Bailey to the mysterious gray leaf tree, his unbelievable claims change her world. Uncharted Hope weaves past and future in a faith-filled story of life in a hidden land. You'll love this Christian historical romance with a futuristic twist, full of adventure and suspense. Perfect for fans of dual timeline stories and time travel romance If you enjoy the rural setting and wholesomeness of frontier romance and Amish fiction, you'll adore Uncharted Hope. "The appeal of simpler times and lost innocence combined with the adventure of a new undiscovered Land is hard to beat." -Amazon reviewer