The Alaskan Blonde: Sex, Secrets and the Hollywood Story that Shocked America (Paperback) 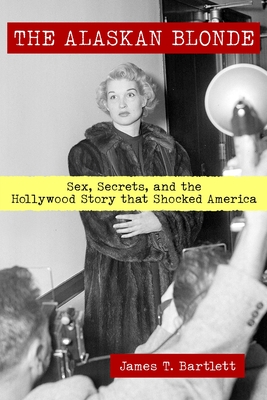 Nicknamed "the most beautiful woman in Alaska," 31-year-old Diane Wells was bruised and bloodied when she screamed for help in the early hours of October 17, 1953. Her husband Cecil, a wealthy Fairbanks businessman, had been shot dead, and she claimed they were the victims of a brutal home invasion.

Blonde, glamorous and 20 years younger than Cecil, police were immediately suspicious of Diane's account, and the investigation soon turned toward her alleged lover, black musician Johnny Warren, who had left town the night of the murder.

The scandal hit the pages of Newsweek, Life, Jet and the pulp detective magazines, and nearly 70 years later, journalist James T. Bartlett uncovers new evidence including an unpublished memoir, unseen photographs, and re-examines the FBI files. He tracks down and interviews the people close to Cecil, Diane, Johnny, and the mysterious "Third Suspect", dance instructor William Colombany, to reveal the story of "the most notorious and baffling murder in the history of Fairbanks."