The Wall That Hate Built (Paperback) 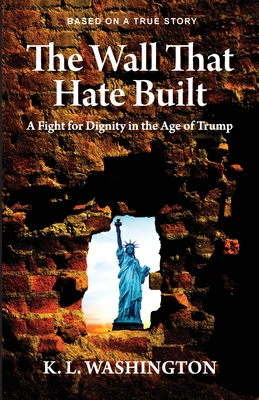 What does it mean to "Make America Great Again"? What period in history would those who make that rally cry return to? In the small southern town of Backwood, leaders at a global toothpaste company took that mandate too far. They set the clock of social progress back to a pre-civil rights era. They circumvented civil rights laws to save the best jobs for "true Americans." For four consecutive years, they didn't hire any African Americans for their highest-paying hourly jobs. All who spoke out against the wall of hate were retaliated against and silenced. All except a technician named Ken. His tenacity and tremendous courage earned him the respect of a corporate titan. With the support of his peers, he demanded that the wall of hate come down.

During the age of Trump, a global toothpaste company relocated its manufacturing operation to a small southern town called Backwood. The toothpaste maker conducted business for decades without ever requiring its job applicants to pass a secret mechanical test, yet when it relocated to Backwood, that test became a "business necessity."