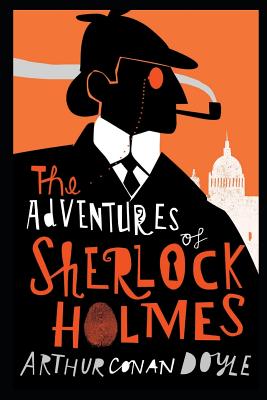 PLOT SUMMARYSherlock Holmes is a quirky British detective with an unusually keen eye for detail. With the help of his friend and biographer, Dr. John Watson, Holmes takes on strange and challenging cases. He often solves crimes Scotland Yard cannot. The following are the cases included in this book: A Scandal in Bohemia The Bohemian king, preparing to marry, asks Holmes to retrieve an incriminating photograph of him with a former mistress, Irene Adler. Holmes dons several disguises and enlists Watson's help to find the photo in Adler's home. Holmes accidentally ends up serving as a witness in Adler's elopement with another man. Adler bests Holmes when she discovers his investigation. She tells him she is happy with her new husband and has no intention of blackmailing the king. She is only keeping the photo in case the king should try to ruin her reputation. The king is satisfied to let the matter drop.The Red-Headed League A pawnbroker named Jabez Wilson approaches Holmes about the strange and sudden loss of his side job. He applied for a position with the Red-Headed League, which his assistant insisted was an elite organization that paid well. Once able to prove his hair was legitimately red, Wilson was hired and asked to copy pages from the encyclopedia for several hours a day. One day, a note on the office door said the society was disbanded. Holmes discovers a pair of criminals concocted the Red-Headed League to keep Wilson out of his shop so they could dig a tunnel beneath it and access a bank vault.A Case of Identity A woman named Mary Sutherland asks Holmes for help finding her missing fianc , Hosmer Angel. Just before Angel's disappearance, he made her promise to wait for him, no matter what. Holmes deduces that Angel was Sutherland's stepfather, Windebank, in disguise. As long as Sutherland lived in his home, waiting for her beloved (but phony) fianc , Windebank had access to her money.The Boscombe Valley Mystery Holmes investigates the murder of an Australian named Charles McCarthy. He and his son, James, lived on land owned by a wealthy old acquaintance, John Turner. Witnesses say McCarthy and James argued just before McCarthy's body was discovered. Holmes learns McCarthy was trying to arrange a marriage between James and Turner's daughter. McCarthy and Turner had worked together with a band of thieves in Australia, and McCarthy was blackmailing Turner. Turner, who was dying anyway, murdered McCarthy so he wouldn't gain control over his daughter.The Five Orange Pips A young man named John Openshaw approaches Holmes when his uncle and father die in the same strange manner. Each received a letter containing five orange pips and demanding the recipient leave some papers on the sundial. Openshaw is concerned, as he has just received the same cryptic message himself. Holmes ties the orange pips back to the Ku Klux Klan in America and conjectures someone is after papers incriminating specific Klansmen. Openshaw is killed before Holmes can solve the case, but Holmes finally tracks the antagonist to an American ship that sinks at sea.The Man with the Twisted Lip Watson visits an opium den to retrieve a neighbor and finds Holmes there in disguise. Holmes is helping Mrs. St. Claire find her missing husband, whom she recently saw in a window nearby. She says when her husband made eye contact with her, he looked frightened. Holmes learns Mr. St. Claire, a former actor, discovered by accident that begging was more lucrative than his normal job. He had been disguising himself as a homeless man and begging. When he saw his wife, he fled in fear that his family would learn his secret and be ashamed of him.The Blue Carbuncle Holmes' cohort discovers a priceless blue carbuncle gemstone inside a goose his wife just killed. Holmes deduces a hotel employee named Ryder stole the jewel from a wealthy guest. Ryder admits he tried to hide the stone by forcing it down a goose's throat while visiting .