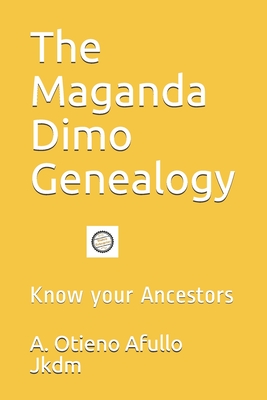 Upto which of your ancestor do you know? Maganda is a sub-clan of the Kadimo residing in Yimbo, Siaya County. They are mainly found in Ndiwo (remember the famous Ndiwo Kipenji?) near Abora / Nyamboyo swamp on the shores of Lake Victoria. A small section is found around Usoga, just at the foots of Got Usenge (Usenge hills) where it is believed Dimo built a hut for his first wife, 'Nyangidia' who was later to die and turn into a respected spiritual Snake, Nyang'idia of Kadimo akin to the Omieri of Nyakach. To date, Nyang'idia pays rare visits to the Maganda lineage of Dimo....for it is believed that Mzee usually leaves some of his spirituality and deep secrets in his home...which is usually to be owned...or inhabited by his youngest son. It is due to this that Maganda remains a major pillar of the Kadimo. Historically, Maganda has had major heroes. It is believed than Nengo, later renamed Nengo Jamwa, from his brief sojourn in Uganda, brought in a special powerful spirit to the Land of Dimo which led to the Alego people who occupied parts of the current Kadimo, folding their belongings and relocating to Alego...without being told...and without a fight-battle or war...for they are Dimo brothers. So Maganda remains a major pillar of the great Kadimo, . Ths is a book worth your reading to know more about the Luo hidden power and other secrets, but most importantly, know how the walking beings are related to the historic Dimo, through the genealogy well articulated here.