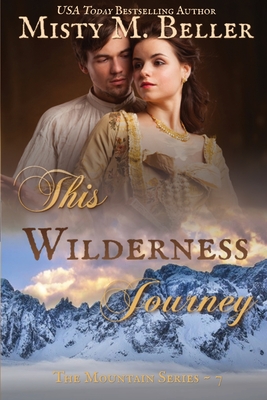 Joseph Malcom has spent his life protecting those in need, but now that his sister is safely settled with her new family in the Canadian Rockies, his help is no longer required. That is, until he's asked to safely retrieve the priest's cousin to help minister to the local Indian tribe. But his passenger is not at all who he expects.

After the death of her mother, Monti Bergeron has nothing to keep her in Montreal. While the prospect of ministering to the Indians out West is daunting, she looks forward to assisting her beloved cousin in his mission work. The life of a nun may be just what she needs to heal her grief, serving her Heavenly Father and fellow mankind, especially if no more pesky suitors are around to ask for her hand in marriage. But the man who's been sent to guide her through the mountains might make her second-guess her plans before she even begins.

As Monti settles into her ministry, Joseph finds his wandering feet drawn back to the Indian camp. Monti's focus on God is more unsettling than he'd like to admit. Add to that her beauty which tests his willpower at every turn, and she's made it crystal clear she doesn't want a husband. But when his determination to keep distance between them puts Monti in danger, protecting her might require something Joseph might not be able to give.