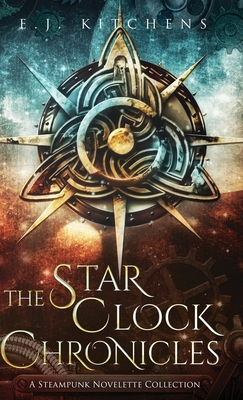 In a world where sun and moon are myths, dawn is coming.

No sun ever rose, no moon ever waxed or waned, no stars ever danced a rhythmic pattern across the night sky. Only faerie crystals brightening and dimming according to one man's will signaled dawn and dusk, month and season. Long ago, the faerie queen Morgan Unseelie cast a veil between heaven and earth, obscuring all heaven's lights, for the pleasure and power of a mortal man, who then fashioned himself the R Am, the Time King.

From all other mortals, she took away knowledge of time and direction and skill of navigation. Man was dependent on the R Am's automaton navigators for travel and trade and thought the sun a myth and the faerie queen a benevolent goddess. Those few who kept the true faith-belief in the celestial lights and their Maker-called themselves Sky Keepers and refused to pay homage to the queen and her time king, often at great cost. But when airship captain Marianna Bowditch and Sky Keeper Bertram Orren stumble upon ancient books on navigation while trapped in an abandoned faerie court, everything starts to change.

THE STAR CLOCK CHRONICLES is a collection of five tales of adventure and romance in steampunk world telling of the defeat of the Time King and the coming of dawn.