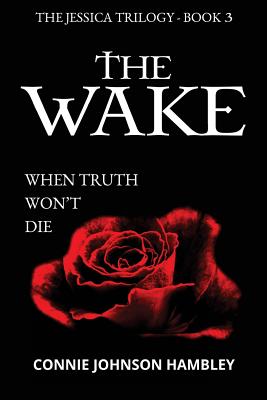 World-class equestrian, Jessica Wyeth, is thrust into the middle of a game of geopolitical warfare. Reeling from revelations of her connection to the violent struggles to expunge Britain from Northern Ireland, she's blocked by unseen forces from returning to the United States. The facts of Jessica's birth become her deepest secret. Her late mother was considered by Northern Ireland to be a terrorist and her father is a key negotiator between violent Irish Republican Army (IRA) factions in Belfast and the British Government. Jessica vows to keep her father's secrets at all costs.Only one man knows Jessica's truth. Michael Connaught, heir to an international crime family who profits from political uprisings, struggles with his own legacy. He is torn between protecting the woman he loves or using her sensational past as a catalyst for inciting global unrest. When a terrorist bomb rips through the crowd at the Atlanta Olympics, Jessica is forced to fight for her life in ways she never dreamed.

CONNIE JOHNSON HAMBLEY grew up on a New York dairy farm and all would have been idyllic if an arsonist hadn't torched her family's barn. Bucolic bubble burst, she began to steadfastly plot her revenge against all bad guys, real and imagined. After receiving her law degree, she moved to Boston and wrote for Bloomberg BusinessWeek, Nature and other wonky outlets as she honed her skills of reaching readers at a deep emotional level with great research, laser-sharp focus on detail, and persuasive writing. Her high-concept thrillers feature remarkable women entangled in modern-day crimes and walk the reader on the razor's edge between good and evil. Connie delights in creating worlds where the good guys win-eventually. Her short stories, Giving Voice and Black Ice won acceptance in BEST NEW ENGLAND CRIME STORIES: WINDWARD (2016) and SNOWBOUND (2017), respectively, published by Level Best Books. The third book in The Jessica Trilogy, THE WAKE, joins THE CHARITY and THE TROUBLES. Connie is a two-time winner of Best English Fiction literary award at the EQUUS International Film Festival in New York City. She is Vice President and Featured Speaker of the New England chapter of Sisters in Crime.