The Lady and the Mountain Man (Paperback) 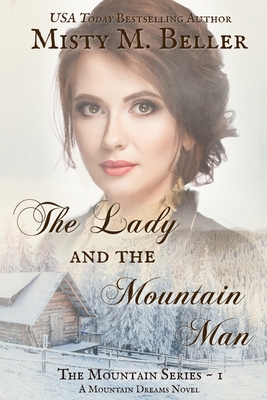 This is book number 1 in the Mountain series.

Leah Townsend, a recently orphaned heiress, flees Richmond after discovering her fianc 's plot to kill her after their wedding. She needs a safe place to hide, and finds herself accepting a newspaper marriage proposal from a God-fearing young rancher in the Montana Territory. But when Leah arrives at the mountain ranch, she learns her intended husband was killed by a grizzly, leaving behind a bitter older brother and a spunky younger sister.

When Gideon Bryant finds a city girl standing in his log cabin, his first thought is to send her back where she came from. He's lost too many people to the wild elements of these mountains--his parents, his wife, and now his brother. His love for this untamed land lives on, but he's determined not to open his heart to another person.

But when an accident forces Leah to stay at the ranch for seven more months, can Gideon protect his heart from a love he doesn't want? Has Leah really escaped the men who seek her life?