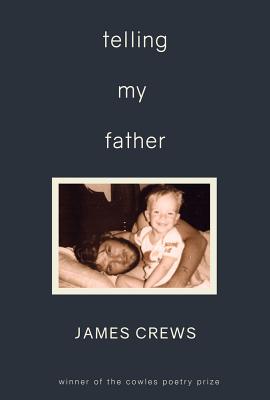 In Telling My Father, James Crews explores familial bonds, memory, and grief through a beautifully written collection of poems. This Cowles Poetry Prize winning manuscript is a risky, bold, and elegant exploration of coming of age against a backdrop of profound loss.

James Crews' work has appeared in Ploughshares, Raleigh Review, Crab Orchard Review and The New Republic, among other journals, and he is a regular contributor to The (London) Times Literary Supplement. His first collection of poetry, The Book of What Stays, won the 2010 Prairie Schooner Book Prize and received a Foreword Magazine Book of the Year Award. His second collection, Telling My Father, won the Cowles Prize and will be published by Southeast Missouri State University Press. He holds an MFA in Creative Writing-Poetry from the University of Wisconsin-Madison and a PhD in Writing and Literature from the University of Nebraska-Lincoln, where he was an Othmer Fellow and worked for Ted Kooser's American Life in Poetry newspaper column. He lives on an organic farm with his partner in Shaftsbury, Vermont and teaches in the low-residency MFA program at Eastern Oregon University.