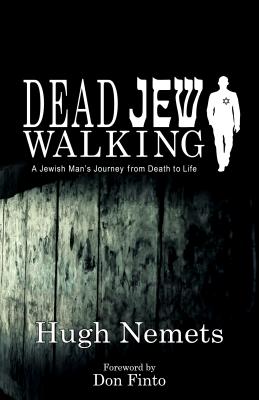 Who am I? Why am I here? Does God exist, and if He does, why does He allow such great injustice and evil to flourish? Are heaven (and hell) real? Is it possible that I will ever find unconditional and lasting love? At the height of a midlife crisis, these are the questions Hugh Nemets--secular Jew and avowed atheist--is asking as he cradles a 9mm pistol, a Heckler Koch P2000SK. A hollow-point bullet waits in the chamber, ready to fire... . Although he has acquired the gun purely for self-defense, he is now eying it as an instrument of death--his death. Mentally, he replays the dark secrets that have brought him to this moment. Strung out on drugs and alcohol, broken by a dysfunctional home life, twisted by sex and pornography, obsessed with the acquisition of money and possessions, Hugh is searching for meaning, acceptance, and unconditional love. But he hasn't found it. He might as well be dead. Death has stalked Hugh all his life. From the age of nine, he has stared down the Grim Reaper on many occasions and managed to stall his ultimate enemy. Few men could have survived this long. And he's tired of trying... . Dead Jew Walking: A Jewish Man's Journey from Death to Life traces one man's search for answers to the existential questions of humanity. From the ashes of his own spiritual holocaust, this "dead" Jew comes face to face with the Truth in a heavenly encounter that will change everything. Does this devout atheist surrender to the Truth? Will he accept the unconditional love offered to him? Join Hugh Nemets as he recounts his journey from death to an abundant life.

Hugh Nemets grew up a secular Jew on Miami Beach, Florida, in a well-to-do, but dysfunctional family. The youngest of four, he recalls that his father, a Russian Jewish immigrant, often spoke of escaping the pogroms of the early 1900s. Even while attending Hebrew school in preparation for his Bar Mitzvah, Hugh was an atheist, a paradigm/unbelief system that was reinforced in college as he studied biology and chemistry at Florida State University.He spent the first nearly thirty years of his life in the unsuccessful search for identity, meaning, emotional connection, and love, not knowing that everything he sought would be found in the person of Yeshua the Messiah--the One the Christians called Jesus Christ--when he least expected it.After immigrating to Israel in April, 1991, immediately after the Gulf War, he returned to the USA with his wife and daughters, first to Florida and then to the Nashville, Tennessee area, where they spent the next decade. Hugh has experienced many life-and-near-death experiences and has walked through a spiritual holocaust, both before coming to know Yeshua/Jesus--and after. His face-to-face encounters with an angelic being in Heaven convinced him of his life purpose--to deliver a vital message from God to us all.