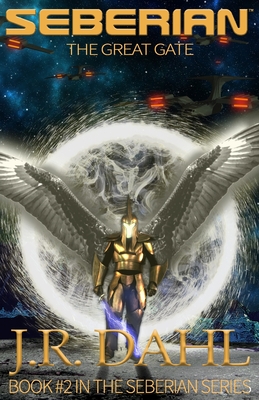 What can Lonan do to stop a demon-powered army from taking over his home planet of Helion?

The evil Nemaron Empire is taking entire planets captive, and Helion is next.

With the help of faithful angels and the Seberians, Lonan and his team have devised a plan to cut off the power source of this unstoppable Leviathan army. But will it work?

The plan involves going up against the chief of all demons, Satan himself, who cares only about his plan to take over the throne of heaven. He cares not how many angels he must kill or human pawns he must destroy to achieve that goal.

If Lonan and the Seberians soldiers fail in their mission, hundreds of thousands of human lives will be lost, the Helion people will be destroyed, and the Nemaron armies will continue their reign of terror.

Buy a copy today and join Lonan on his journey of taking on the greatest evil of all time.

What are people saying about the Seberian series?

"Angels, demons and sci-fi. A great story that surprisingly brings two awesome subjects together in something that totally works."

"A successful blending of Science Fiction, Supernatural, Spiritual Warfare with Angels and Demons is a Space Opera Setting. I was very captivated by this novel and really loved it. I look forward to more of what this author has to offer..."

"The author J.R. Dahl has done a fantastic job at creating a futuristic world on par with 'The Lord of the Rings'".

"This book was utterly thrilling. How do you mix space-ships, soldiers, romance, suspense, angels and demons all in the same book? Well this book manages to pull it all together in a tale that leaves you yearning for more when it's finished."

NOTE FROM THE AUTHOR: This story is classified as Christian Science Fiction or Christian Fantasy. It's a clean story that does not have any swearing or explicit sex.

It does, however, have angels and demons fighting and cutting each other's heads off. One awesome thing is the fact that it actually has a message of non-violence, yet there are still battles... you'll have to read it to understand that.

I hope you check it out.