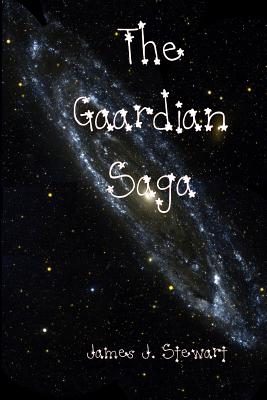 A short story written for fun in the winter of 2000 is the foundation for The Gaardian Saga. That story was the source for a screenplay. Too long to be one movie, it was turned into a trilogy, but no producers were interested. It was converted into a television series, but again there was no sale. Finally, it was turned into a novel. Those who read it commented that it left too many loose ends. Under several titles, that novel became the first of four novels in the saga. This one-volume edition includes all four novels: 1. Life Before Conception tells of A bachelor ready to retire becomes friends with a three-legged man with yellowish-green skin and a tiger-like female with a human face. The pastor gets a second life as an intergalactic policeman called a Gaardian. Now apparently 30 again, the man is romanced by a famous actress. Along the way, the voice of the Creator of the universe is their adventure guide as the former pastor becomes a prophet. 2. Starlight Adventures tells of two extremely gifted scientists who are anonymously helped by the former pastor. He and other Gaardians help them deal with the media, a corrupt politician, and others who want to take advantage of their revolutionary science. 3. The Still Small Voice tells of beings from other planets becoming prophets who cause a change for the inhabitants of several worlds in unexpected ways. 4. The final novel, entitled Stepping Beyond, tells of god-like beings that pose a threat to thousands of planets. Equal in power to the Gaardians, the threat is very real. The Creator of our universe is in command, however. As these beings are taught to discipline themselves, another story that began in the first novel comes to a close. The result alters the lives of billions of beings forever. The four novels are also available separately.