Gamble in the Devil's Chalk: The Battle for Oil in A Field of Broken Dreams (Paperback) 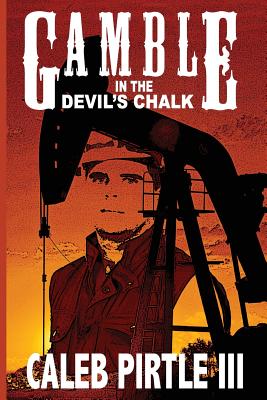 In the mid 1970s, a band of men with little expertise in the oilfield defied the hard ground of Giddings, Texas, to search for oil in a barren, poverty-stricken land that was littered with dry holes, shattered hopes, and empty pockets. Max Williams, the former hot-shot basketball player at SMU, and Irv Deal had been in high-dollar real estate until the real estate market collapsed. Both were facing the wrath of hard times. Pat Holloway was a lawyer who operated drilling funds but had never tested the ill-fated Austin Chalk. He drilled the most and earned the most but lost it all in the shady confines of a Dallas courtroom. Jimmy Luecke was a highway patrolman who stopped Holloway for speeding one night and promised not to take him to jail if the lawyer/oilman would agree to drill on his family's land. Bill Shuford was right out of college and more interested in finding the next beer joint than his next job. Jim Dobos was a constable who used his badge to lease land, struck it rich, and was found with a gunshot in his head. Was it murder or suicide? Clayton Williams was the only big-time oilman in the bunch, but in the beginning, he made the mistake of employing the wrong geologist. Only those who used the geologic genius of Ray Holifield found oil. Holifield had cracked the code of the chalk. Gamble in the Devil's Chalk is the true story of their fights, their feuds, their trials, their tribulations, and their triumphs as they discovered the second largest oilfield in the United States during the past half century. Once they came, Giddings would never be the same again.