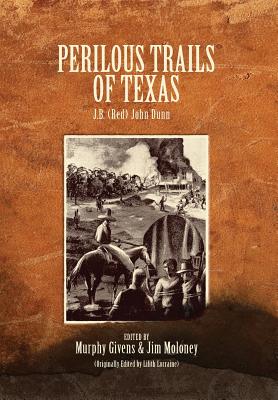 J. B. (Red) Dunn's "Perilous Trails of Texas" gives us a unique perspective of the lawless 1870s in the Nueces Strip. Dunn was a participant in bloody encounters between Anglo South Texans and Mexican-Americans in the rough times after the Civil War. It was a time when general lawlessness pervaded the land, darkening the days and threatening the nights. Dunn was a Texas Ranger and hard-riding vigilante. In Dunn's time violence was ubiquitous. It was a time of undeclared warfare, a war of random encounter, with raids by bandits from across the border, with hide thieves roaming the cattle ranges and killing at will, followed by the punitive lynchings by minutemen vigilantes who were quick with the rope and the gun and left a trail of dead. In the wake of the most notorious outrages of the era, such as the robbery at Penascal and the Nuecestown Raid, John Dunn was there, armed and in the saddle, pistols ready and rifle loaded and heart full of vengeance.