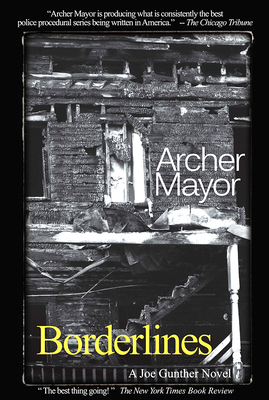 Mayor's well-written mysteries feature Brattleboro, VT police detective Joe Gunther. The town and its environs are as integral to the plots as the people are. Most of this second book in the series is set in the fictional Northeast Kingdom town of Gannet, where Joe is vacationing. As a local cult divides the town, Joe has to help the local police cope with mob violence -- and several murders.

Gannet is based on the town of Island Pond. — Louise Jones

Lt. Joe Gunther is in Vermont's Northeast Kingdom investigating a minor embezzling case. It's a pleasant distraction, and a chance to reconnect with old friends, but when a house fire reveals itself to be arson, compounded by murder, Gunther can't help but investigate. Suddenly, he finds himself enmeshed in a web of animosity between put-upon townspeople, the state police, angry parents and members of a reclusive sect. Murder follows murder, yet no one seems to be telling Gunther the whole truth-not even his childhood friends-and truth is what he desperately needs if he's to stop the killings.