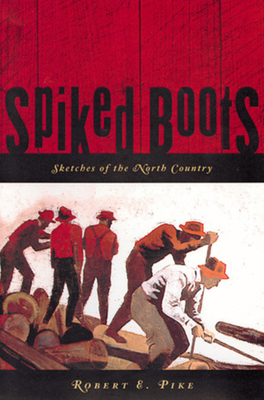 An ornery backwoodsman relates legends and stories of the logging days in New England, in this fascinating book by Pike, the author of the classic Tall Trees, Tough Men. With 15 black and white photographs.

In the days of log drives on the rivers of New England, whenever a riverman was killed on the drive, his comrades hung his spiked boots on a tree to mark the spot. As a youth, Robert Pike spotted such a pair of boots, and from that moment was born his lifelong fascination with the colorful history of the New England logging industry. The dozens of tales he collected are narrated here by "Old Vern," a cantankerous backwoods character. Here are legends and wild anecdotes of the loggers and rivermen who worked in the woods and on the Connecticut and Androscoggin Rivers, plying their romantic, dangerous trade in the early part of this century. Others tell of "quaint characters" and "unusual specimens of God's carelessness"--people like Ginseng Willard, who slept in a coffin for two years just to get used to it, or Ervin Palmer, a hermit who dreamed of making a violin that would duplicate the sounds of the natural world. Although Pike was a respected scholar and historian and the author of many books, Spiked Boots is the one he wanted to be remembered by. We are proud to restore to print this important piece of New England folk history. Illustrated with never-before-published photographs from the author's private collection, and a new foreword by Helen-Chantal Pike, who grew up hearing her father's tales as bedtime stories.