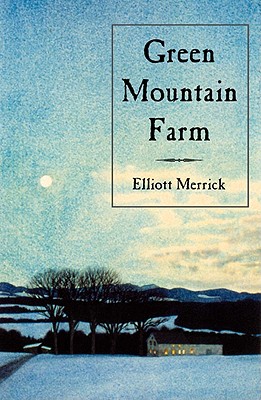 By Elliott Merrick, Lawrence Millman (Foreword by)
$19.95
Click Title for IN STOCK Location

Originally written more than 50 years ago, this book still delights. In 1934, Merrick and his wife bought a dilapidated farm where he planned to become a famous writer. The book describes how the Merrick family survived, through hard work, love of the land, and a good sense of humor. This is still one of the best evocations of the joys of living in the Vermont countryside.

This is my favorite book about Vermont! Beautiful, simple and often humorous, the Merricks find beauty, challenge and ultimately true happiness in the simplicity of their country life. FOLLOW YOUR DREAMS! — Whitney Kaaz

A story about the thrills and perils of renovating an old farm on a shoestring, a warm and wise book about living simply in the country while pursuing the writer's craft.

In 1934, in the depths of the Great Depression, Elliott Merrick and his wife bought a ramshackle farm on a Vermont hillside for $1,000. Merrick, a young writer with a healthy dose of idealism and a determination to live in the country, had just sold his first book to Maxwell Perkins at Scribner's. "I had an idea that I would be rich and famous henceforth," Merrick wrote, but added, "nothing could be farther from the truth . . . As I look back, I'm amazed that we could so blithely have crossed our great Rubicon on a spiderweb. But it turned out to be one of those fortunate mistakes—one of those fraught-with-peril enterprises that you might never have embarked on if you had known the consequences—like being born, for instance." Green Mountain Farm describes Merrick's and his family's often haphazard attempts to make a go of it on these stony, wintry acres, in a house that was falling down around them. As Merrick puts it, "We did everything wrong, but it came out right." They were dirt poor, but through it all, believed wholeheartedly in going directly after the things they wanted most: to write and to farm, however they could. A lyrical, funny, richly fulfilling book about old houses, farming, writing, and the joys of country life, this book is as fresh today as when it was originally published more than fifty years ago.

Elliott Merrick is the author of eight books, four drawing on his experiences in Labrador. Merrick farmed, worked for the Office of War Information during World War II, and taught at the University of Vermont and Black Mountain College. Merrrick continued to live near Asheville, North Carolina until his death.

Lawrence Millman has written extensively about the North. His books include Last Places, Our Like Will Not Be There Again, and Hero Jesse.