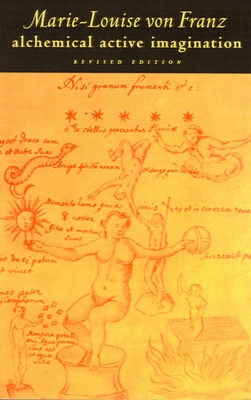 A leading Jungian psychologist reveals the relationship between alchemy and analytical psychology, delving into the visionary work of a sixteenth-century alchemist

Although alchemy is popularly regarded as the science that sought to transmute base physical matter, many of the medieval alchemists were more interested in developing a discipline that would lead to the psychological and spiritual transformation of the individual. C. G. Jung discovered in his study of alchemical texts a symbolic and imaginal language that expressed many of his own insights into psychological processes.

In this book, Marie-Louise von Franz examines a text by the sixteenth-century alchemist and physician Gerhard Dorn in order to show the relationship of alchemy to the concepts and techniques of analytical psychology. In particular, she shows that the alchemists practiced a kind of meditation similar to Jung's technique of active imagination, which enables one to dialogue with the unconscious archetypal elements in the psyche.

Originally delivered as a series of lectures at the C. G. Jung Institute in Zurich, the book opens therapeutic insights into the relations among spirit, soul, and body in the practice of active imagination.

Marie-Louise von Franz (1915–1998) was the foremost student of C. G. Jung, with whom she worked closely from 1934 until his death in 1961. A founder of the C. G. Jung Institute of Zurich, she published widely on subjects including alchemy, dreams, fairy tales, personality types, and psychotherapy. Her works include Shadow and Evil in Fairy Tales, The Feminine in Fairy Tales, and The Interpretation of Fairy Tales.

"Von Franz has a remarkable gift for interpreting and demystifying the difficult symbolism of religious visions, ancient myths, and fairy tales of the common folk. Whether explaining the psychic complexities of gender or racial conflict, or the survival value of our connection to other animals, von Franz is perhaps unsurpassed as the archetypal Jungian."— Library Journal