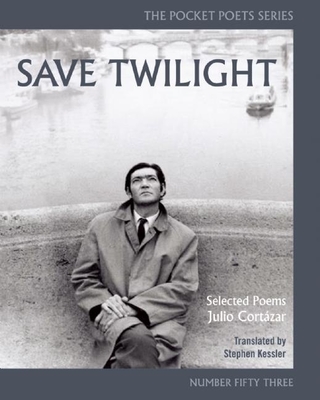 Newly expanded edition of a classic: the first and only collection of Cort zar's poetry to appear in English.

"Cort zar's verse is more traditional than his fiction, but his style and themes are in harmony across genres: eccentric, mystical, full of animals but deeply human. Cort zar is a people's poet, accessible from every angle, and his position as a titan of the Latin American boom is indisputable."--Publishers Weekly, starred review

" This new] edition--small and irresistible, the kind you want to pocket and read out on the grass somewhere--is bilingual, with Spanish on the left page and English on the right, and Stephen] Kessler does us the favor of retaining some of Cort zar's weird, wandering little essays, including "For Listening Through Headphones," his oblique study of poetic intimacy."--The New Yorker

World renowned as one of the masters of modern fiction, Julio Cort zar was also a prolific poet. While living in Paris during the last months of his life, Cort zar assembled his life's work in verse for publication, and Save Twilight selects the best of that volume, making his poems available in English for the very first time.

This expanded edition, with nearly one hundred new pages of poems, prose and illustrations, is a book to be savored by both the familiar reader and the newcomer to Cort zar work. Ranging from the intimate to the political, tenderness to anger, heartbreak to awe, in styles both traditionally formal and free, Cort zar the poet and subverter of genres is revealed as a versatile and passionate virtuoso. More than a collection of poems, this book is a playful and revealing self-portrait of a writer in love with language in all its forms.

Praise for Save Twilight:

"With this expanded edition of Save Twilight, Stephen Kessler continues his project, begun in the 1980s, of translating poetry by Julio Cort zar. Widely known for his fiction, especially Hopscotch, a seminal work of the Latin American Boom, Cort zar was also a compelling poet. Kessler has found just the right turns of phrase in English to capture the Argentine's deeply moving writing and exceptionally emotive language. What a gift this collection is for English-speaking readers."--Edith Grossman, winner of the PEN/Ralph Manheim Medal for Translation

"Some people run the world, others are the world. Cort zar's poems are the world; they have a special consideration for the unknown."--Enrique Vila-Matas, author of The Illogic of Kassel

"What a pleasure, this walk in a well-orchestrated park with shades as complex, as light & as dark, as multifoliate as the actual world This book--the 'poetic ecology' Cort zar had envisioned--is an open invitation to make yourselves at home twixt sea and loss, wine & sorrow, birth & riptide, tobacco & talk, laughter & death. Nothing human is foreign to the poet--& he brings it home with great clarity & grace. The writing & the book embody a tradition of hospitality, or as Cort zar puts it: 'Hello little black book for the late hours, cats on the prowl under a paper moon.' The injunction to save twilight stands as title--it is also exactly what the writing accomplishes. Stephen Kessler's elegant, accurate, and sometimes felicitously os translations do these poems more than justice."--Pierre Joris, author of Barzakh (Poems 2000-2012)

"For those who have enjoyed Cort zar's fiction, among the most seminal and compelling of our time, here now are his wonderful poems. And for those who don't know Cort zar from a cat, it's a chance to visit his crepuscular world in all its multiple layers. A tender, experimental, humorous, meditative, jazzy, heart-breaking collection to be relished and savored slowly."--Ariel Dorfman, author of Feeding on Dreams: Confessions of an Unrepentant Exile